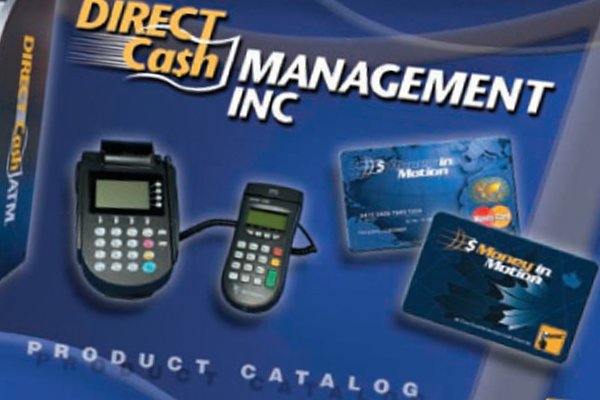 Whether you’re providing sales staff with support items like brochures, folders and sales sheets, or distributing them directly to prospects and clients, it’s vital that you’re promotional materials leave a compelling impression. 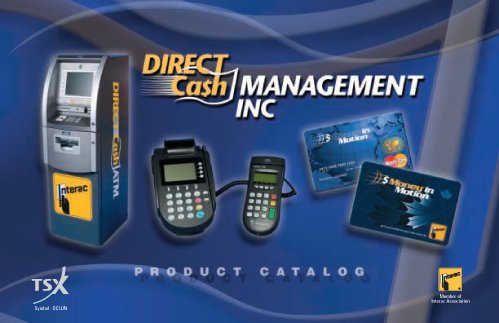 The client was looking for a product manual that would both establish their presence as the leader in their product offerings, but build on the brand. The ‘moving dollar’ part of the logo was used as a background graphic to offer a high-tech feel, reinforce the brand and generate interest. 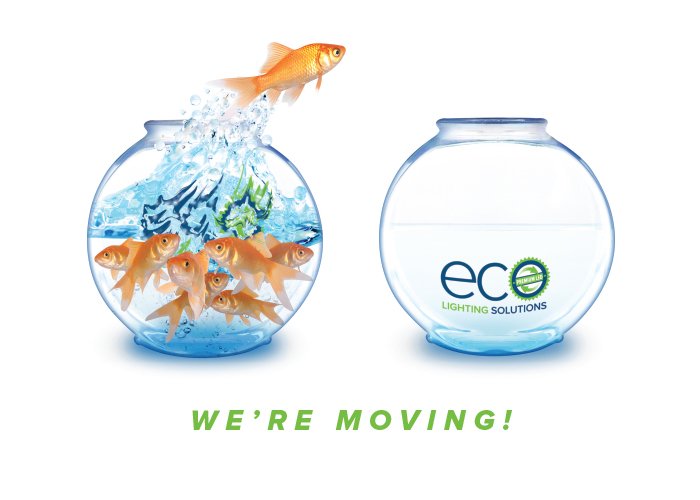 With an old office that had become way too small and increasingly over-crowded, ECO was looking for something a little different to let clients know they were moving to a larger space. A couple of stock photos, some serious Photoshopping and ‘send’! 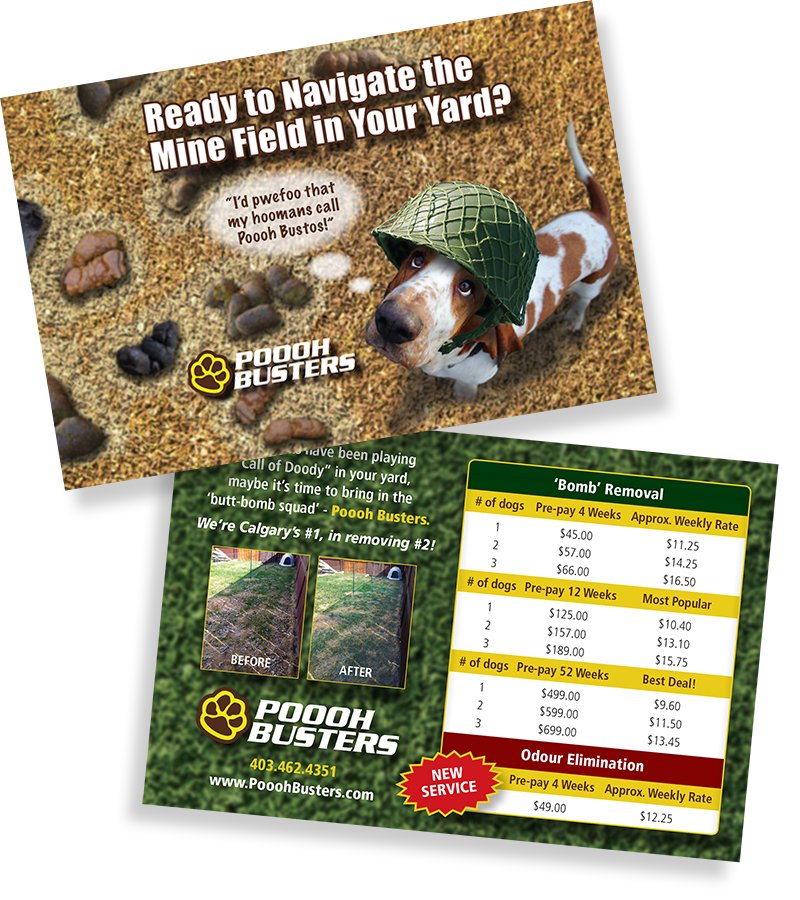 Anyone willing to scoop poop for a living, clearly has a sense of humour. Such was the case with this promotional postcard for Poooh Busters. A client supplied ‘Before’ photo produced the idea for a minefield theme. A rather interesting angle on the photo of their dog, the sourcing of an army helmet to match the camera angle, several blurred shots of dog doo-doo, and some significant Photoshopping contributed to the well-received result. 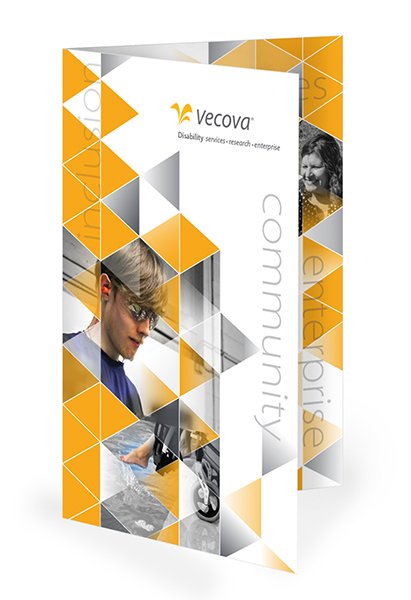 The client requirement for a series of brochures was to maintain brand consistency to the current materials in use. Three brochures with varying colours were designed that included the established geometric shapes with a calculated placement of colour and B&W images.

I was tasked with creating a poster to draw attention to a yearly event for The Calgary Fiddlers. Given the dessert angle for this ‘sweet’ event, a fiddle scroll image was combined with some chocolatey goodness and a little Photoshop ‘twirl’ to provide an interesting flow of images. Another example of creating a visual tie-in for two distinct themes. 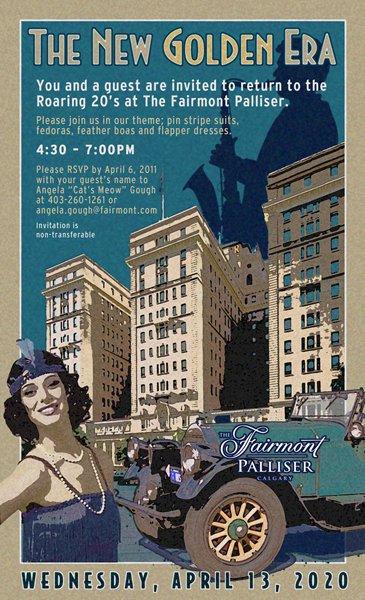 The Fairmont Palliser need a poster for a client appreciation event. With the roaring 20s as the theme, some period photos and other suitable images were sourced. From there a montage was created, then graphics and text added. The entire file was then exported to Photoshop where several effect filters were applied to create this ‘period’ poster.